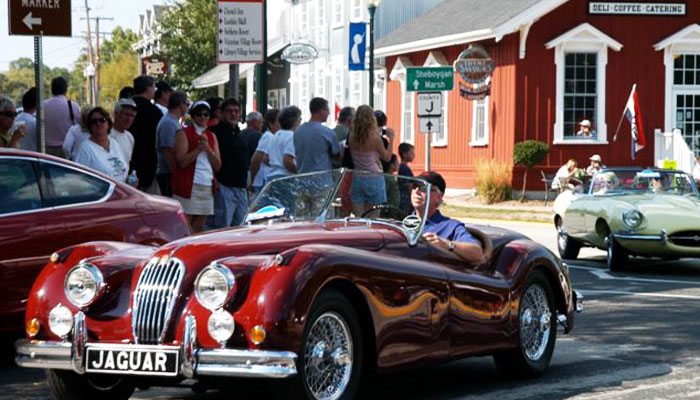 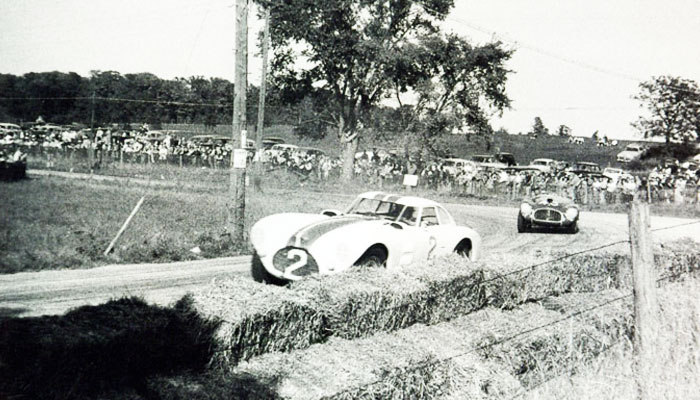 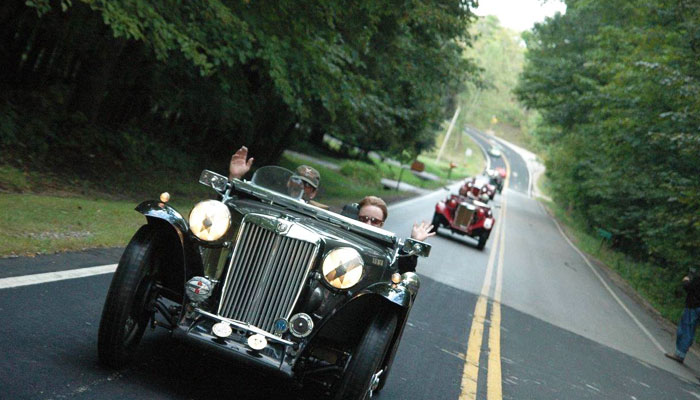 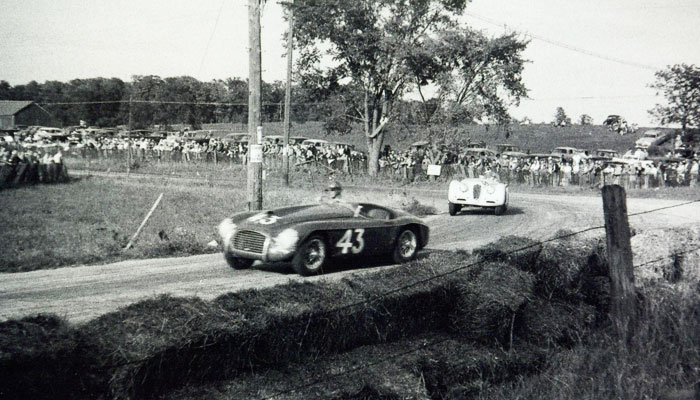 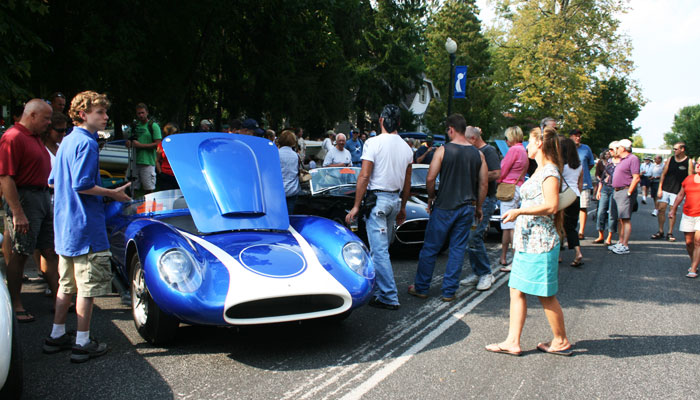 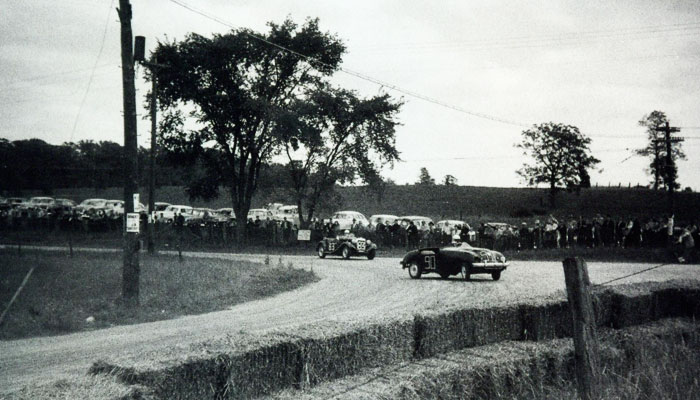 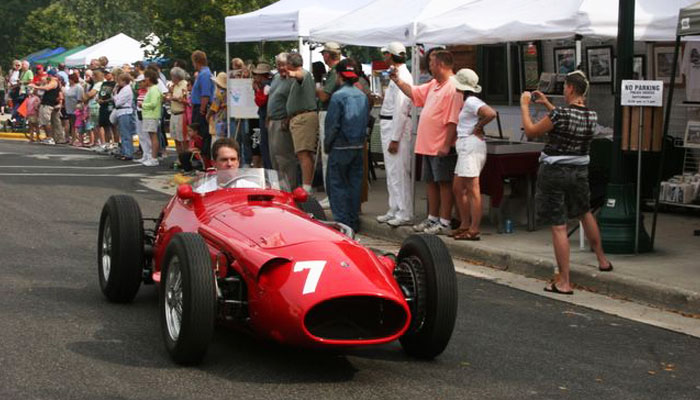 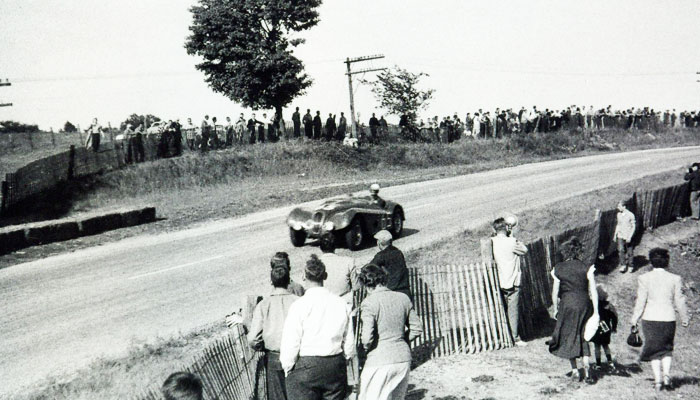 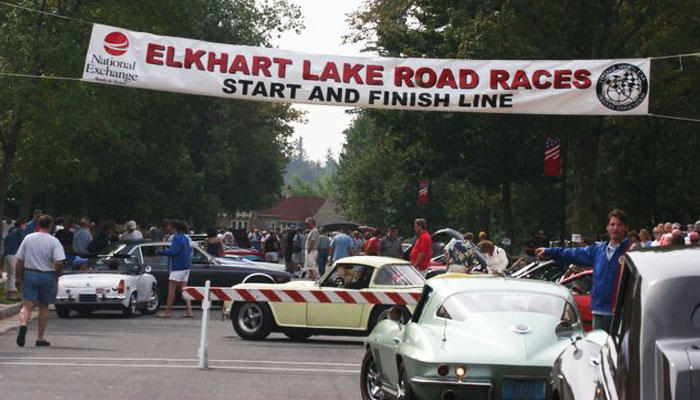 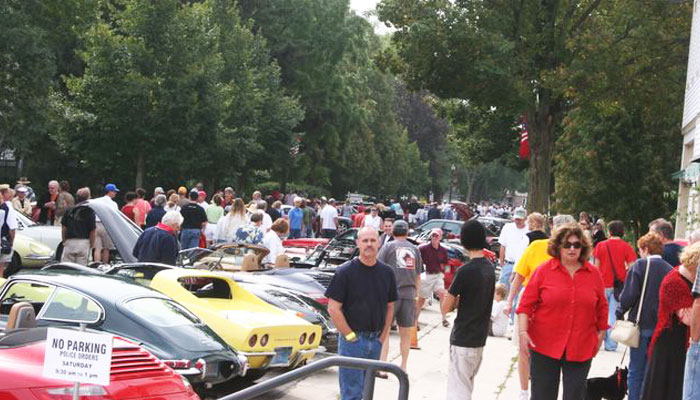 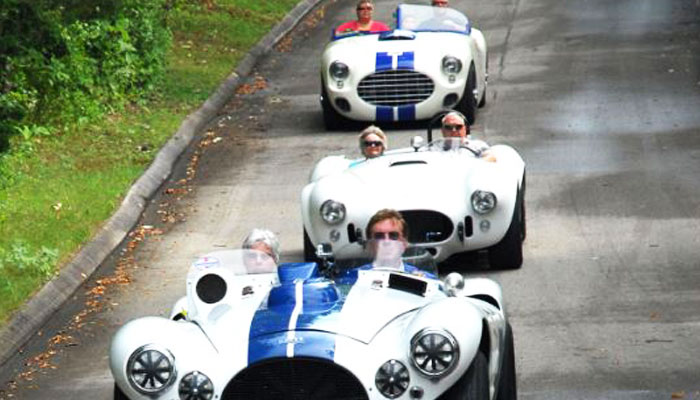 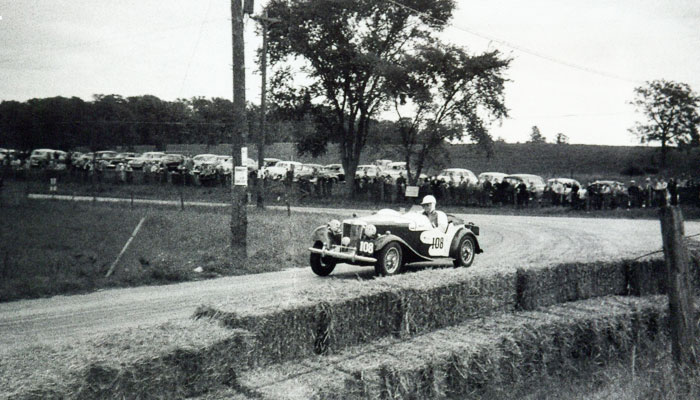 What is Road Course Re-enactment and why do we do it? Racing did not begin at Road America but on the public roads around and through Elkhart Lake. The re-enactment is a celebration of those original public roads. The village of Elkhart Lake was one of only a few places in the country that was a hot bed for the early days of road racing. The original public roads are now on the National Historic Registry; one of only two sets of roads in the country to have that honor. Step back in time as vintage cars line the same streets that hosted not only the races but a concours, street dancing and was the final check point for the 1951 & 1952 Monte Carlo Rallies which started on all four corners of the USA! Enjoy dinner in one of the same establishments that hosted the drivers and race crowds estimated at 130,000!

Join us for this 29th annual

Where you will feel the spirit of famous drivers. Drive the same course that Briggs Cunningham, Phil Hill, and Carroll Shelby raced during the early 1950’s. Tour in your race car or street car as we take the “Wacker Wend” over to “Schoolhouse Straight”, round “Kimberly Korner” and through “Dicken’s Ditch” and into the village of Elkhart Lake. Merchants and spectators will be waiting to greet you as you cross the old START/FINISH in the center of town. Then join us for a vintage car show. Space is limited, sign up early!   Please complete the form below and return with your check to VSCDA, 1600 W. Market Street Logansport, IN 46947  postmarked before September 5, 2020. Entry is limited. RCR 2020 ENTRY FORM